This search form uses an instant search feature. As you type, search results will appear automatically below the search field. When you've entered you desired search terms use tab to navigate through the available results and hit enter to open the selected page or document.
EDIT MAIN

Our School remained Genoa City Public School until the fall of 1958. It was then that Badger High School was built in Lake Geneva and our 9-12 grade students began attend school there. At this point Genoa City Public School once again when through a change. During the 1958-1959 school year, now a K-8 school building, was renamed Brookwood School. In 1999 the Genoa City Community supported a referendum to build a school in the Hunters Ridge subdivision. That school became Brookwood Middle School and our building became Brookwood Elementary School.

Currently Brookwood Elementary School educates five grade levels. Students range from 4-year old kindergarten through 3rd grade. We take pride in being a student based school focused on the whole child. As we focus on the more traditional education that can be monitored in the class and with educational testing, we make it a point to also focus on the social emotional development of our students. Students are exposed to individual and group work setting, technology-forward instruction and explorative based project. We continually strive to make education fun for students and keep learning exciting.

In 2005, Luke accepted a Physical Education Teaching position at Wilmot Union High School. He also became the Varsity Volleyball Coach for Wilmot. During this time, he earned his Masters’ Degree in Educational Leadership from Aurora University. Luke holds licenses in School Administration and Director of Curriculum and Instruction. After earning these licenses, he accepted the position of Associate Principal at Wilmot Union High School. He held this position for 5 years. 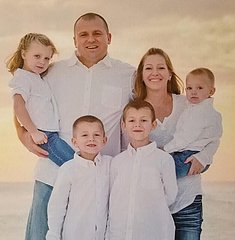